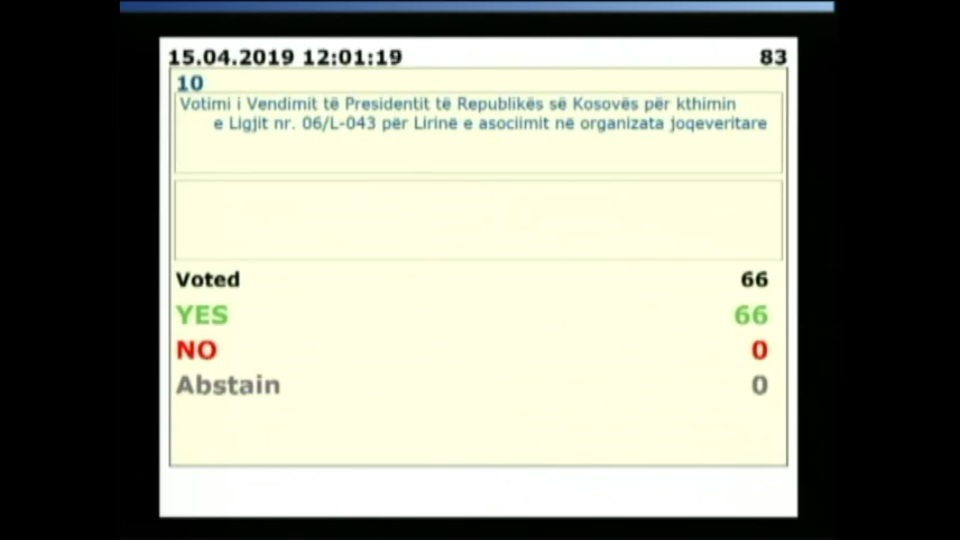 Prishtina, 15th of April 2019 – More than five months after it approved a highly restrictive law, the Kosovo Parliament today voted on the amendments proposed by the Office of the President of Kosovo on the NGO Law, in line with best international standards and practices, and civil society demands.

Since November 2018, around 300 Kosovar CSOs came together to prevent the danger posed by this law to the civic sector and Kosovo’s democracy. Following a successful demand to the President of Kosovo to return the law to the Parliament, the group of CSOs undertook an intensive advocacy campaign towards all Parliamentary Groups and other stakeholders. They were informed in details on the problems of this unprecedented law in Europe and beyond, as well as on the consequences in case original provisions were not restored. Civil society demands were supported also by a high number of diplomatic missions in Kosovo, the EU, international organizations and other domestic and international partners.

The last minute amendments of 7th November 2018 destroyed the non-profit principle, legalizing the transfer of hundreds of millions of euros of NGO assets to private businesses. In addition, it allowed arbitrary termination of NGOs by the state, violating basic principles of freedom of association enshrined in Kosovo Constitution.

KCSF and 284 other supporting CSOs appreciate the positive reflection of political parties and their vote in the Parliament today which protected the future of the sector and Kosovo’s democracy.